Today our large project on sustainable urban flood management (SuRF) is presented at a conference in Malmö. We learn about reasons for flooding and what we can do about it.

Jens Thoms Ivarsson from Gothenburg started out by stating that Gothenburg aims to be the best city in the world when it rains. He gave an inspiring speech about art and rain – a very good start for a conference like this. I look forward to present my research tomorrow. Then I will speak about two studies from my thesis and hopefully get feedback on my last study on rain and flooding. 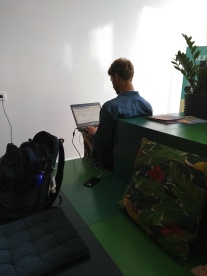 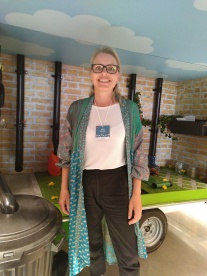 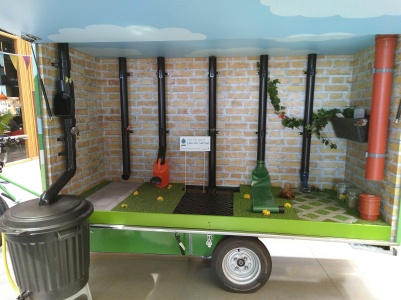 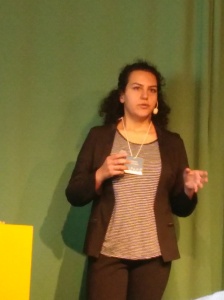 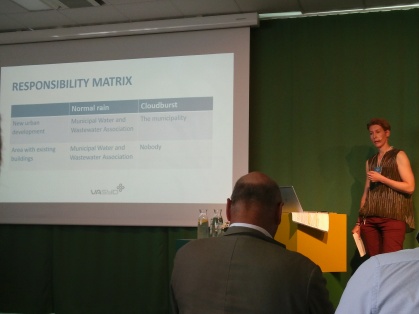 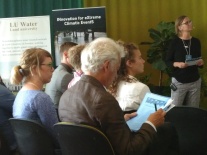 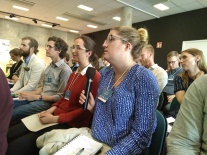 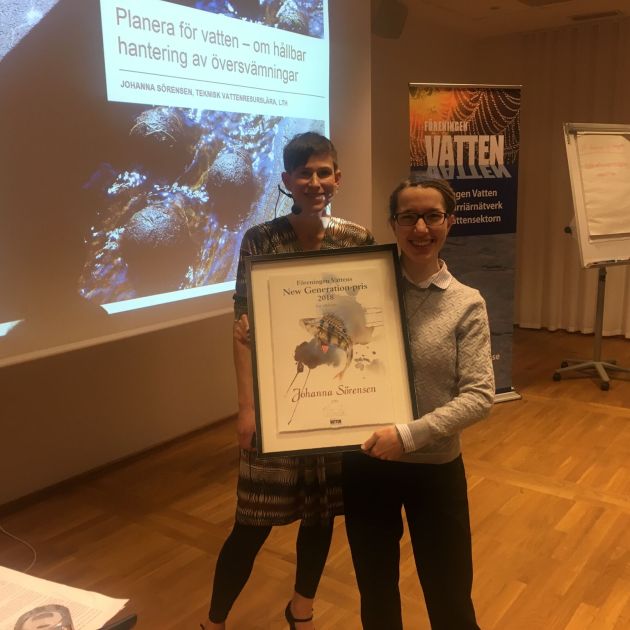 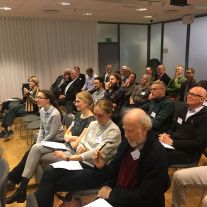 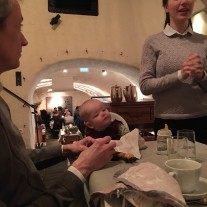 Last Friday, I made a causal loop diagram (CLD) for urban flooding. It is a very simple version that points out the problem that occures when pipe systems are used as the only solution to handle stormwater in the city. I will continue to develop CLDs for my research, both general ones like this and more specific ones. 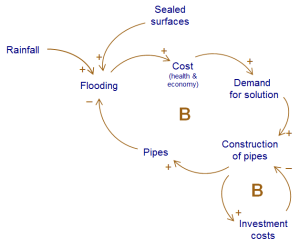 Overview of the drivers behind construction of a stormwater system based on pipes. “Flooding” means here any unwanted stormwater that leads to a cost for the society. 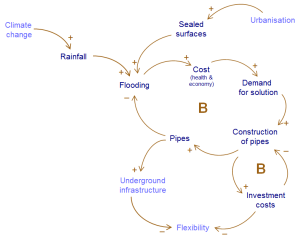 Due to climate change and urbanisation, there is a need to change the stormwater infrastructure in the city. This is not possible if the stormwater system is not flexible.

Think about the coastline as a dotted line and turn flood dikes perpendicular to the coast, so they point at the sea. Stop to defend the nature and see the rain as a citizen rather than a foreigner in your city. Anuradha Mathur and Dilip da Cunha gave a talk about all this on 15th of March 2014 in Malmö for researchers, city planners and architects in Lund University Urban Arena. This blog post is number one in a series of four posts related to their talk in Malmö.

I of IV, the dotted coastline 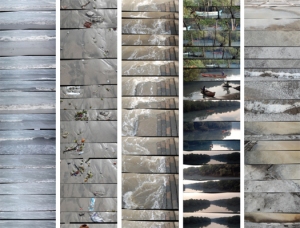 No coastline are clear and well-defined. Examples from Marthur and da Cunha’s work about Mumbai (published in SOAK).

Mathur and da Cunha started out telling us that we shall think about the coastline, not as a line, but rather as a series of dots where land and sea can interact in between. During their work in Mumbai, after the huge floods in 2007, they have noticed that there is a clear line that divides land from sea, and sea from land, on all our modern maps. The line makes us believe that the sea and the land is fundamentally separate. This is not true in the real world around us. Imagine the beach where waves and tide makes the water flow back and forth. Imagine a coastal wetland, like mangrove forest or marshland, where the water goes deep into land and where there are no clear line between sump and land or between sump and sea. Mathur and da Cunha told us that in Mumbai, salt water can be found in boreholes on land and fresh water can be found in boreholes under sea. In other words, it does not make sense to divide land and sea by a distinct line.

Mathur and da Cunha showed us how maps from older days had a more unclear coastline, just like the true world around us. They claimed that the way we show coastlines on our maps influences the way we plan and build our cities. I definitely believe they are right about how maps influences the way we create our cities, but I am not sure that this is the main driver to reclaim land in Mumbai. Because of the clear coastline marked on the map, city planners in Mumbai started to reclaim land from sea by filling out areas between the seven previous islands, according to Mathur and da Cunha . I have recently read Daniel Brook’s book, A History of Future Cities, and according to Brook, the land reclamation had more economic causes. The reclamation started because the Mumbai economy bloomed in the mid-19th century during the American Civil War. Mumbai became the most important port for cotton trading and the real estate market expanded fast. When there were no more land to build on, investors started to reclaim land from sea and sell it for construction. I guess, the idea to see land and sea as two separate worlds came in the same time, but the market must have been a very influential driver. Still, I will try not to make sharp coastlines on my maps in the future.